Mental toughness and a winning edge in life!

To-Shin Do is based on ancient warrior martial arts disciplines handed down by nine historical Japanese samurai and ninja family lineages. At the same time, ours is a modern approach to handling threats and confrontations likely in our own culture today.

4 levels of Self-Protection: Foundations, Advanced, Path of the Protector, and Black Belt Mastery.

Children ages 4 to 7 have fun learning how to find safety, learn confidence, and gain new skills.

Weekly optional classes offer a range of special training opportunities for our students.

In person at the dojo, or by Skype, private lessons are a great way to accelerate your progress! 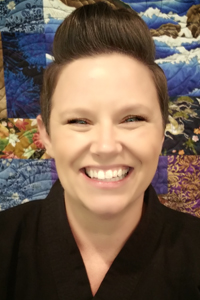 “What I love most about Quest is that our family can become healthy together, as well as making lasting friendships along the way! Since joining the Quest family, I have lost 35 pounds and I’m still going – I am strengthening my mind and my body. The strength and confidence being taught to me and my children is priceless, and I will forever be thankful for that!”

“This has been the best collaboration in our 40 years of operation!”

-Stacy Yarger, Director of Operations at First School of Dayton 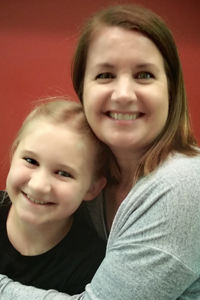 “From the moment we first walked into the Quest Center, we could tell it was different.  The teachers were extremely engaged and friendly, especially with the younger students.  There was a sense of community among the staff, students, and family members, and we were impressed by how supportive and encouraging everyone was to each other.

At the Quest Center, children are taught to “use their voice” and speak up for themselves, as well as ask questions.  DQC has taught my reserved daughter the importance of using her voice and my energetic son the importance of focus.

The material is broken down into small movements, and practiced until it is mastered.  Even at the black belt level, students frequently revisit the lower belt level material, to stay proficient but also to be able to teach the younger students.  The instructors recognized the desire in my children to mentor others. They fostered this and developed a program that allows youth who are leaders to serve as mentors.

Most importantly, the Quest Center focuses on helping people become their best selves.  Our son says, “It is the one place I can truly be myself,” and our daughter says, “It is my place to shine.”  We are grateful for the many blessings the Quest Center has given our family.  That is why we have stayed so many years.”

Each coach, trainer and instructor is a graduate of An-shu Stephen K. Hayes’ SKH Quest Center Leadership College. All are schooled in how to help you discover your own insights into personal power, resourcefulness, broad vision, peace of mind, and happiness.

We serve hundreds of families in the Dayton, Ohio area along with visitors from all over the world. People travel to our dojo for martial arts advancement they can only find in our unique program. 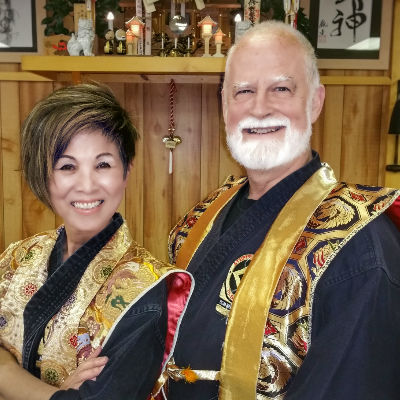 An-shu began training as a teenager in the 1960s, moved to Japan to study with the grandmaster of the ninja, worked as bodyguard for the Dalai Lama, authored 20 books, and lived a life that prompted Black Belt Magazine to call him “A legend; one of the ten most influential martial arts masters alive in the world today.”

An-shu Rumiko has perfected her skill for decades, and dances among attackers twice her size, effortlessly frustrating them as her defense. Her native Japanese cultural understanding, health and wellness restoration teachings, and ability to coach people to fully actualize their potential will take you to new heights. 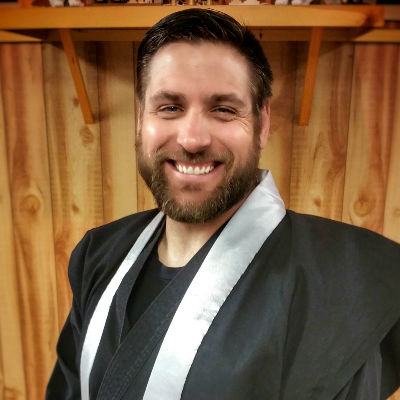 Shane Raitoshi Stevens
…moved from Colorado to Dayton to study with An-shu. He became a full-time teacher sharing his exuberant teaching style and passion for To-Shin Do. You can’t get through one of his classes without smiling and feeling inspired.
VIEW ALL TRAINERS

Join us in 2020 for some incredible events! Be sure to check back often as dates are subject to change.     November CTI [...]

BENEFITS OF TRAINING FOR KIDS

Level Three Youth students Olivia and Paul show some ninja friendship! Here’s why so many parents choose Dayton Quest Center as their [...]

BENEFITS OF TRAINING FOR ADULTS

Here’s why so many successful adults enroll and continue training at Dayton Quest Center… You know how sometimes you can feel [...]

Give us a try before signing up for a membership! Click to see free trial classes.